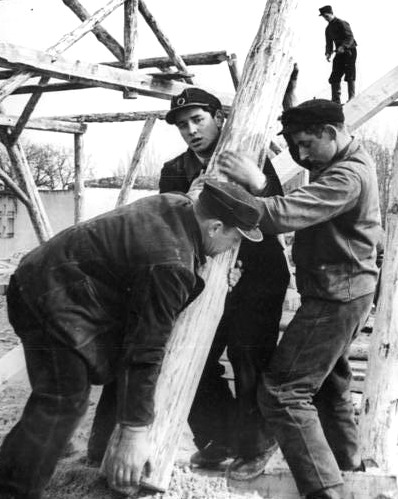 Please note that the functionality described in this post aims to support any community work. It does so by recognizing that people who do not contribute content to this portal might be contributing to other community-beneficial projects or activities, such as wikipedia, helping old or disabled people, or creating open source programs. Recognition of such work is mediated by the community currency described below. The aim of this initiative is therefore not an economic enrichment, but an increase in the production of goods and services beneficial to the community.

After 10 years of operation as a crowdsourced, free-for-all portal for cross-coutry ski enthusiasts, Na bezky! and our new portal for cyclists Cyklonaut will operate as projects, governed by the "community principle", which means that:

This decision is driven by a belief, that making content avaliable only to users who also somehow contribute to the community will increase engagement in pro-social projects. An experiment performed here during the 2017-18 winter season seems to confirm this belief, as the table below suggests.

Please note that only during the 2017-18 season did the portal run the experiment with community content. During that season the number of reports doubled in comparison with the previous year, the number of geographic regions where the reports originated also grew at a similar rate and almost 130 people paid total of 573 euros for "points" - the "currency" used in the experiment. This suggest that the points had a real economic (exchange) value from the start and Chron consequently should not be different in this respect.

The community economic system NEO has its own web application Rovas, functions of which were added into this portal as its reward mechanism. Users of our portal need therefore an account in Rovas, which the new users can have created during registration by checking a check box on the registration form. The existing users can create Rovas accounts by simply clicking a button provided in the report-creation form and some other places. It is expected, that users will want to earn Chrons also for activities other than writing reports or articles in our portals. For example, the individuals who create and maintain ski/bicycle trails would need to file reports about their activities directly in Rovas to earn Chrons.

One of the more interesting features of Rovas is the ability of a project owner to designate as beneficiaries receving Merit reward for his/her project other people (or even other projects) besides him/herself. For example, this portal will collect 3 % of every reward made in the portal and use it to reward the Na bezky/cyklonaut Rovas project with Merits. The project owners decided, that that reward will be granted not only to themselves, but also to any user who helps to provide new or improves existing content in this portal. In Rovas terminology, such beneficiaries are called "shareholders." The Merit benefits received by the contributors will be proportional to the time they invested into improving the portal.